GSBs follow Hindu Lunar calendar or Panchangam and the festivals and vritams are interwoven with the lunar days. Kerala GSB's Due to their Malayali influence have been now following the Malayalam Calender and have started neglecting some of the below mentioned Festivals and Vrithams. Some dates might change and their might be some small mistakes. 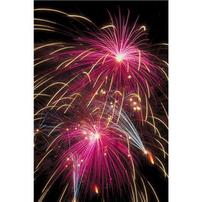 The New Year of Konkani begins with the First day of Chaitra month called Ugadi or the Samsar-Padva. It is said that it was the first day of creation of this universe by Lord Brahma. It probably lies during the last week of March. The word Ugadi comes from the two words Yuga (Era) and Aadi (Begining) which means "Beginning of New era".It also commemorate the day of victory of Rama over Vali, a South Indian King. While it is called Ugadi in Andra Pradesh and Karnataka, in Maharashtra it is known as "Gudipadava" and among GSB's in Kerala it is known as Samsar Padava. With this day begins the new season, the spring.
In temples the New Panchang or almanac is ceremoniously released and the Samvatsara Phala or the predictions for the whole year are read out. New clothes are worn. 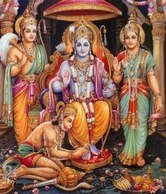 Lord Rama’s birthday is celebrated as Ramanavami. It falls on the 9th day (Navami) of the Shukla Paksha of Chaitra Masa. Celebrations begin with a prayer to the Sun early in the morning. During the mid day, when Lord Rama is supposed to have been born, a special prayer is performed. On this day, devotees observe a fast. In some parts of India, it is the last day of a nine-day festival known as Vasanta Navaratri. Many of his devotees fast even for nine days. 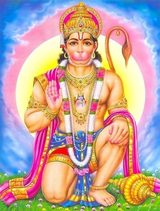 Shri Hanuman Jayanti marks the birthday of Lord Hanuman and is celebrated on the full-moon day or the Poornima of Chaitra exactly at sunrise. The idol of Hanuman is smeared with oil and Sindoor and devotees offer prayers. 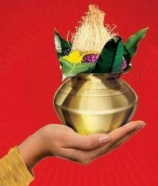 Akshaya Tritiya also known as Parashurama Jayanti marks the birthday of Lord Parasurama. The word "Akshaya" means imperishable or unending - that which never ends. Initiations made or valuables bought on this day are considered to bring success or good luck. Buying gold is a popular activity on Akshaya Tritiya, as it is the ultimate symbol of wealth and prosperity. Gold and gold jewelry bought and worn on this day signify never diminishing Good luck. Indians celebrate weddings, begin new business ventures, and buy gold on this day. 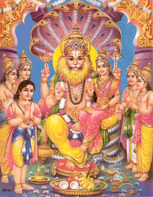 Narasimha Jayanti is observed on the 14th day of the Shukla Paksha in Vaishakha Month. It is believed that Lord Vishnu appeared in the form of Narasimha on this day to destroy demon Hiranyakashipu.

Kurma Jayanti is believed to the day when Hindu God Vishnu took the avatar of Kurma on earth.The Kurma  Jayanti is observed on the full moon or Purnima day in the Vaishakh month.The purpose of Kurma Avatar was to keep Mount Mandara undamaged and help in the process of Samudra Manthan or the churning of ocean. 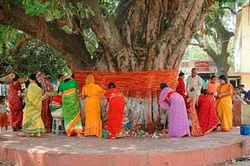 The married women observe fast and pray for their husband's wellbeing and long life. The fasting is named after Savitri, who brought back her husband Satyavan from the seizing  of Yama (death). One of the most important rituals of the day is tying threads on Vat (banyan) tree. It is celebrated on the Purnima (full moon day i.e 15th) of the month of Jyeshta.

Guru Purnima is celebrated on the full moon day (Purnima) in the Hindu month of Ashadha. The day is dedicated to Guru's and he/she is honored and given respect. Sage Vyasa is considered the Adi Guru or the first Guru in Hinduism and therefore the day is also known as Vyas Purnima. 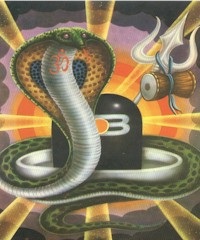 Naga Panchami falls during the rainy season and is believed to counter the increased possibility of a snake bite during this time. People visit Naga temples and worship them. Shiva temples are also favored places for devotion as snakes are considered dear to him. In South India, people craft images of snakes using cow dung on either side of the entrance to the house to welcome the snake god. The practice of worshiping the snake on this day is related to many legends. Naga Panchami is believed as the victory day of Krishna over the Kaliya snake.This day is also considered as the day of thanking snakes, as snakes used to help the farmers  by killing rats etc. near the crops, so they wanted to protect and thank them.

People offer Milk to the snakes, and pray them. In South India, people craft idols of snakes using cow dung on either side of the entrance of the house to welcome Naga, the snake god. The Naga Panchami is celebrated on fifth day (Panchami) of the month of Shravan month.

On the Sutta Punnav day, the sacred thread worn by the GSB's is changed and it is usually in a community observance and takes place on the banks of a pond. Sutta Punnav is observed on the day of Shravan Poornima every year as we are the followers of Rig Veda, so we change the sacred thread on this day. Its also known as Aavani Avittam among the Brahmins of Tamil Nadu and Kerala and as UPAKARMA amoung North Indians. 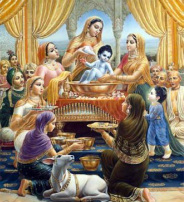 Shri Krishnashtami, or Sri Krishna Jayanti, celebrates the birthday of Lord Krishna.  In South India, the festival is observed on the eighth day after Purnima in the month of Shravan (August – September). He   was born in "Rohini" Nakshatra (birth star) on Ashtami (8th Day) day on the Krishna Pakhsha ( Dark Half) in the month of Shravan. Young Children were costumes of Bala-Krishna and organize rally, the youth try to break pot as Krishna used to have done. Some People fast this day, there are special poojas and rituals at night. In 2013, The day of Shri Krishna Jayanti is on August 26. 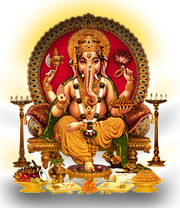 Shri Vinayaka Chaturthi is the birthday of Lord Ganesha, the God of wisdom, prosperity and auspiciousness. Lord Ganesha is today worshiped all around the world and the Elephant-faced ganesha is one of the most popular deities associated with Hinduism today.Millions of small Ganesha idols are installed in Hindu homes in India, especially in Maharashtra, Goa and Andhra Pradesh, After the festival these statues are immersed in the sea ( with Ganesh Visarjan ceremony), Its because of a belief that Lord Ganesha or the Vigneshvara will forgive our mistakes, solve all our problems and give us prosperity and blessings with this festival. Vinayaka Chaturthi is observed on the Chaturthi (4th) day after Amavasi (no moon) in the month of Bhadrapada as per traditional Hindu calendar. In 2013, the date of Vinyaka Chaturthi is September 9.